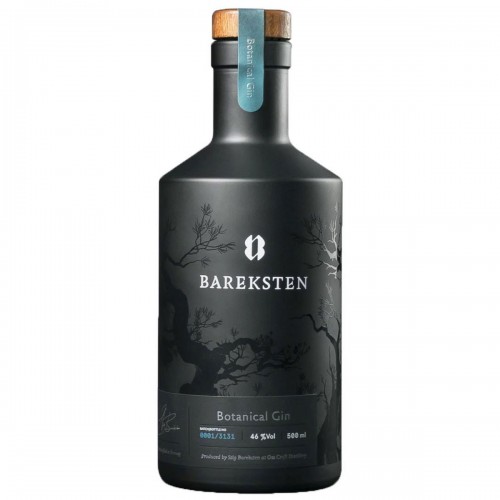 Here's the thing - we are huge fans of Stig Bareksten and the Gins he produce...! At the time of writing, we have never met Stig - but just following his quest around the world, as well as his extremely sympathetic approach to the principles he puts to use, when creating his Gins, makes us love this guy...!

An apparently we are not alone, as his Gins have always been very well received, by both consumers as well as professionals. Actually - this particular Gin, received the prestigious Double Gold Award at the San Francisco World Spirits Competition in 2017. This means, the Gin received the highest mark from all 42 judges....!!!!

With a total of 26 different botanicals - where of 19 are sourced locally i Norway - this is a very complex Gin. Stig har previously stated, that a Gin should start dry and end bitter...! We completely understand this idea, but don't get this wrong by thinking this is a bitter Gin, as this is by no means the case. However - this is a Gin, which takes you on a journey when you taste is, as the flavours develop and pop up along the way, from start to the end.

Some of the Awards won by this Gin - this says it all, really!

By the way - we just need to mention, that the base spirit for this Gin, is not wheat, rye or sugar beets which are amont the most used base spirits in Gin. Nope - it's potato....! Yup - just like vodka! And it's just BRILLIANT because it's even more subtle than most other base spirits.

Best Tonics for this Gin

Best Garnish for this Gin

(Some) known ingredients in this Gin (in Danish)